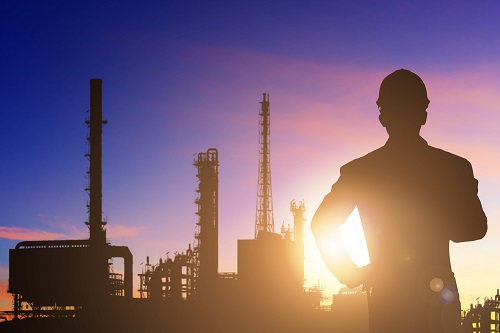 The material in this blog is taken from the post The Precautionary Principle and from the ebook Net Zero: An Opportunity.

Posts such as this are all about predicting the future. Yet those who try to forecast what the world may look like in just a few years are often sadly wrong. Making predictions for a time that is as far away as the year 2050 is simply foolhardy.
I myself learned the importance of being wary about making predictions around the year 2010. This was the time when the ‘Peak Oil’ meme had a high profile. The situation appeared to be obvious.

We can see how these predictions played out in the chart. It shows how the price of crude oil in dollars per barrel changed between the years 2004 and 2018.

The chart shows that, from 2004 to 2014, the price of crude oil rose quite steadily from $40 to $105 (except for a dip in 2008, presumably caused by the recession at that time). When linearized, the price increases at a rate of around $6.50 per annum. This trend justified the prediction that I had made. It was “obvious” that the price of crude oil would be around $125/barrel in the year 2018. However, what actually happened was that in the year 2014 the price curve turned down sharply; by the year 2018 it was at $45/bbl. (The price drop came about mostly as a result of the exploitation of tight oil reserves in the United States. That boom in supply seems to be coming to an end, so it could be that the Peak Oil predictions were not wrong, they were merely delayed.)
I am not the only one who has missed the mark with predictions to do with oil price. One of the early writers in the Peak Oil scene said in the post 40 ways to lose your future (Foss, 2009),

Ordinary people are unlikely to be able to afford oil products AT ALL within 5 years. <i.e., by the year 2014>

Here is another example of a failed prediction — this time from an economics expert. In the year 1998 the well-known economist Paul Krugman said,

By 2005 or so, it will become clear that the Internet's impact on the economy has been no greater than the fax machine's.

The point of these examples is not to criticize the persons mentioned — they are the same as the rest of us. In spite of all their experience and mathematical models, when it comes to predicting the future we are all guessing.