There is no shortage of written material to do with technical topics, including process safety management. But only a tiny number of papers or articles establish a place for themselves in history. Virtually all that we read or write is evolutionary rather than revolutionary.

There are a few exceptions to this generalization. Occasionally someone writes a paper or article that changes the way in which we view the world. And one of those seminal publications was, in my opinion, a paper published in the year 1956 by Dr. M. King Hubbert of Shell Oil.

One may reasonably ask how a paper that was written over 60 years ago can affect our lives now. Indeed, in the short-term Hubbert’s paper is not going to change the manner in which we design and operate process facilities. But in the medium to long-term — say within the next 25 years — his insights will, I believe, have a dramatic impact on all aspects of life, including the energy and process industries.

Nuclear Energy and the Fossil Fuels

The word “genius” is bandied about all too frequently. But one man who could well qualify for the term is M. King Hubbert  Not only did he come up with extraordinary insights to do with the end of the oil age, he did it in a time of “Happy Motoring” when what he was talking about seemed to be unbelievable. And he had the courage of his convictions — he talked about these issues against the will of his employer (Shell Oil), and he continued to speak out until the end of his life.

Of Dr. Hubbert’s publications, probably the most important was the paper Nuclear Energy and the Fossil Fuels presented at an API (American Petroleum Institute) conference in San Antonio, Texas in March 1956. At the time he was a Chief Consultant (General Geology) with the Shell Oil company. (In other words, he was an authoritative figure working for a major oil company speaking at an API conference — he was not some fringe oddball. He was very much mainstream. )

Put a Tiger in Your Tank

1956 was a long time ago — a time that seems rather innocent now. It was the age of ‘Happy Motoring’. The oil fields of Texas were producing at full throttle and new sources of oil, particularly in the Kingdom of Saudi Arabia, were coming into play. Limits — what limits?

Socially, the world was much different from ours. For example, as Hubbert was presenting his paper it is probable that at least half the people in the room would have been smoking. And look closely at the ‘Happy Motoring’ advertisements. The people in the cars are not wearing seat belts, and their cars are being refueled by a uniformed attendant — no self-service in those days).

More fundamentally, we in our time are sensitized to issues such as climate change and resource constraints. These issues were only on the horizon in 1956.

These are the reasons I give for stressing Hubbert’s courage. It was as if he was speaking a foreign language to the people of his time. (The Shell Oil company attempted, at the last minute, to stop him giving the paper. But he went ahead anyway.)

In his paper Hubbert presented a curve showing the production rate of conventional oil in the United States. It is reproduced below. (It is important to understand that Hubbert was focused not on the amount of oil being produced, but on the number of discoveries that were being made. In other words, he wanted to know if future production could adequately replace current production.)

This model provided the technical basis for what later became known as “Peak Oil”.

His basic idea was that the discovery and exploitation of oil follows a pattern on the following lines:

The graph (hand drawn, these are the days before personal computers) shows the production of petroleum in the United States starting around the year 1900. There is a steady rise (with a dip due to the depression of the 1930s) up until 1956 — the year of publication of his paper.

Hubbert then projects future production rates. He shows oil production from conventional wells in the United States peaking around the year 1970, and then steadily, but irrevocably, declining. (He anticipated that the total quantity of oil production in his estimate was on the low side, as indeed it was. He was looking at timing.)

It was this forecast that made the paper so controversial. Nevertheless, he was remarkably prescient. The production of land-based conventional oil did, in fact, peak at the time he forecast it to do so.

Although Hubbert’s paper was focused on the production of conventional oil in the United States, his basic idea was rapidly adopted to the production of oil world-wide, and then to the discovery and exploitation of other natural resources.

Does this mean that Peak Oil has gone away for ever? Can we assume that we will continue to find new sources of oil ad infinitum? We so easily fall into the trap of straight line thinking — the future, we so blithely assume, will simply be a continuation of the present.

Well, maybe. Our world is very different from the world of 1956. Can we be so sure that the world a generation from now will look just like ours? 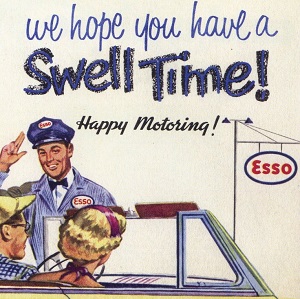