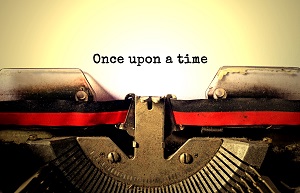 One of the founders of the discipline of process safety was Trevor Kletz. He understood that human beings communicate best not by reading reports, articles or presentations but through stories. Which is why, following his death in the year 2013, we wrote the eulogy That would be telling.

Few of us have followed his leadership.

Storytelling is the mother of all ‘pull’ marketing strategies. It encourages dialogue, engagement and interaction among equals – an exchange of meaning between people. Yet many companies and brands are still relentlessly pushing messages out, hoping that with enough repetition, something will stick.

Stories, regardless of whether they are fiction or historically accurate, make us experience information, as opposed to just consuming it.

The Meaning of a Story

One of the key features of a story is that the message is not explicit — each reader will put his or her own interpretation on it. Meaning is not provided by the author — all that he or she is doing is putting words on paper. What those words mean is up to the reader.

Consider the biblical story often referred to as “The Parable of the Lost Son”. Initially a reader would interpret this story as being “about” a young man who leaves home, squanders his fortune and then returns home, where his father welcomes his joyously. But the story is also "about" the responsible, hard-working, rule-abiding and thrifty elder son who resents that fact that he does not receive his father’s affection. Or maybe the story is “about” the father and his behavior. There is no right answer — the reader has to decide.

Interpretation becomes even more tricky when the story is treated as a metaphor or allegory. Then the question becomes who do each of these characters represent.

Not only do humans like stories, they particularly like stories that are dramatic and even sensational. Which means that we should share stories about incidents that have taken place elsewhere. We are currently developing an Operational Excellence Assessment system. One of the 18 sections in that system is ‘1. Culture’. And an important part of culture is having a good knowledge of incidents, including near misses.

If a story can incorporate pictures or videos then its impact will be dramatically enhanced. For example, the video clip of the moment when the Piper Alpha riser ruptured shows us just how bad incidents can be.

Effective stories always include people, and the interactions between those people. Moreover, the individuals need to have characteristics that help create tension between them. In the story of the Prodigal Son the drama comes from the reckless behavior of the younger son, the resentment of the older son and the simplicity of the father. In Bang Bang the principal characters are not named but they have strong personality traits. The superintendent comes over as something of a “know it all”, whereas the plant manager seeks to establish compromise and team work.

Safety is an emotional topic. We strive to improve safety because we care about people. Technical experts attempt to rationalize the topic through the use of techniques such as risk ranking. But, in the end, safety is about feelings and emotions. This means, therefore, that the best stories will draw the reader in emotionally and even to take sides by supporting one of the characters in his or her disputes with the other characters.

With regard to the Prodigal Son, the reader may feel the following responses:

In Bang Bang the reader may have any of the following opinions about the retired superintendent.

It cannot be over-stressed that none of these opinions or reactions are inherently right or wrong. But, by bringing in emotions, the writer has involved the reader, and has encouraged the reader to come up with his or her own interpretation as to what the story is “about”.

This web site provides information aimed at helping process safety professionals and risk analysts. How, the may ask, do stories help these people with their work?

As discussed in Safety Moment #62: From Complicated to Complex, most process safety work works by understanding the component parts of a complicated system and how those parts interact with one another. Based on that understanding recommendations for ways to improve performance can be developed. But virtually any system that involves human beings is going to be complex. This means that new techniques are needed to identify ways of improving safety. And stories are a good way of doing this. They encourage people to think and they make it clear that there is no single “right answer”.

We have already seen that the story of the Prodigal Son is about at least three people. The story Bang Bang can also be interpreted in many different ways. Here are some possible interpretations as to what it is “about”.

This story illustrates the importance of having experienced people available to solve problems.