This is the third post in the series ‘The Shape of Net Zero’.

The first post was The Shape of Net Zero (1): No Substitute. Its theme was that is really no substitute for fossil fuels, particularly crude oil. Fossil fuels are economical, safe, environmentally clean (particularly as compared to nuclear), energy dense, always available (dispatchable) and portable. They are also an irreplaceable source of hydrocarbons that are used as petrochemical feedstock. No other energy source possesses this combination of qualities.

Their disadvantages are that they are not renewable (hence the term ‘Peak Oil’) and, when burned, they generate greenhouse gases.

The second post was The Shape of Net Zero (2): Alternative Energy Sources. It reviewed the qualities of alternative energy sources, particularly solar and wind power. Although their use is rapidly growing, they lack some of the critical attributes of fossil fuels. In particular, they are non-dispatchable, i.e., the energy that these sources provide is not available when needed. Hence there is a need either for massive energy storage capability, or backup power provided by fossil fuels and nuclear fission. The conclusion is that renewable energy sources are not going to directly replace fossil fuels.

The posts in this series use the following sketch. It outlines the manner in which energy may be generated and used in a Net Zero world. For this particular post the box to do with oil refining has been highlighted.

Depending a wide range of factors such as the composition of the crude, the equipment in the refinery and customer demands, around 12-15% of the products leaving a refinery are used as petrochemical feedstocks. One of the streams shown in naphtha, one of the uses of which is as a petrochemical feedstock. It is often the material used to manufacture ethylene, which in turn is the base for a enormous range of chemicals.

Traditionally, a refinery’s primary purpose has been to create fuels such as gasoline, diesel and aviation fuel. Indeed, a refinery can be referred to as being a gasoline factory. (Generally the gasoline cut in crude oil is not high enough to meet market demands. Therefore many of the internal processes in the refinery are to do creating octanes out of both heavy and light streams in order to expand the size of the gasoline pool.)

In a Net Zero economy demand for these fuels will be drastically reduced, but the refinery will have to continue making them unless it goes through a radical and very expensive restructuring.

Refineries make products such as lubrication oils that are sold directly to the final customer.

The Scope of Change

One purpose for writing this series of posts is to show that Net Zero programs are much more complex than switching from one source of energy to another. Moreover, they are costly, and we have very little time for their implementation.

The thoughts presented in this post illustrate these points. If we are to convert society from fossil fuels to alternative sources of energy, a fundamental restructuring of the oil refining business will be called for. The scope of such a project is staggering.

Consider the following two images. The first is a highly simplified process sketch of a typical refinery.

The sketch gives just a hint as to the complexity of refinery operations.

The next image is a photograph of such a refinery. The idea of radically converting a facility such as this so as to continue to produce chemical feedstocks but not fuels takes one’s breath away. Moreover, if we are to pursue a ‘Net Zero by 2050’ goal, then this transformation has to take place in less than three decades. 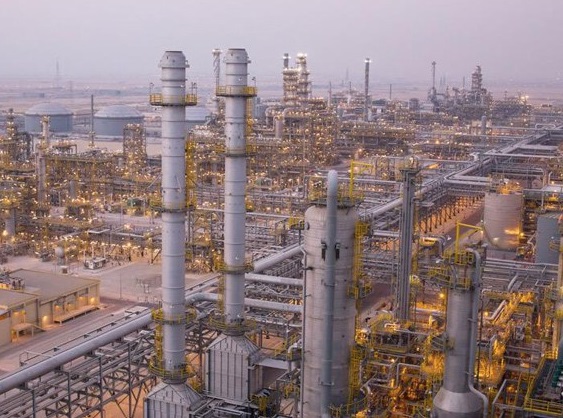