Most of the people reading posts such as this are aware that earlier this month the IPCC issued an alarming report on climate change that should make society change its ways. Failure to do so could lead to catastrophe and a possible breakdown of civilization within just 20 years. Yet nothing happened; the report changed almost nothing. It was just a blip in the torrent of news that we face every day. Most people continue to go about their normal lives just as before.

Why? Why has a report of such profound importance had such a feeble impact?

I suggest that one answer to this question is that it is a report. In general people are not going to read a document such as this unless they are already vested in the topic under discussion. Furthermore, this particular report is far from easy to read.

The highlight of a report such as this is the Call to Action. Yet here is what that key part of the Executive Summary for Policymakers summary says.

D.2 Scenarios with low or very low greenhouse gas (GHG) emissions (SSP1-1.9 and SSP1- 2.6) lead within years to discernible effects on greenhouse gas and aerosol concentrations, and air quality, relative to high and very high GHG emissions scenarios (SSP3-7.0 or SSP5-8.5). Under these contrasting scenarios, discernible differences in trends of global surface temperature would begin to emerge from natural variability within around 20 years, and over longer time periods for many other climatic impact-drivers (high confidence)

This "Call to Action" has a reading grade level of 20 (the USA Today newspaper is written at an 8th grade level). This vitally important introduction, which should have had a Mike Tyson impact, is close to being incomprehensible.

(The scientists who wrote the report will respond by saying that it is their job to present the facts accurately, it not their job to communicate with the general public — that is what the politicians need to do. Nevertheless . . .)

The Man on the Clapham Omnibus

Many commentators have written summaries of the IPCC report that convey its message in plain English. This is an important and worthy effort, but neither has their work had much of an impact on the general public. Part of the problem is that there is so much information and mis-information on the Internet it is very difficult to cut through the noise and to provide content that stands out and that catches people’s attention.

But I suggest that the lack of response has deeper causes.

The term ‘The man on the Clapham omnibus’ is used in English law to describe the behavior and actions of an ordinary, reasonable person. (The American term ‘Joe the Plumber’ conveys a similar meaning.) Yet, if one were to actually board a Clapham omnibus and talk to the passengers it is highly unlikely that any of them would have heard of either the IPCC or of its report. Indeed, it is unlikely that they would have a grasp of the seriousness of the climate crisis.

So how do we communicate with our fellow riders? Well, we can start by recognizing the most people do not grasp truths by reading reports, web pages, articles and books — people communicate best by telling stories to one another,(which is why YouTube videos can have such a strong impact). Therefore, if we are to convey the urgency of the climate crisis to our bus riders we need to tell stories.

Unfortunately most people who work in the climate change sphere are technically-oriented; they are not skilled at story-telling.

But there are precedents. 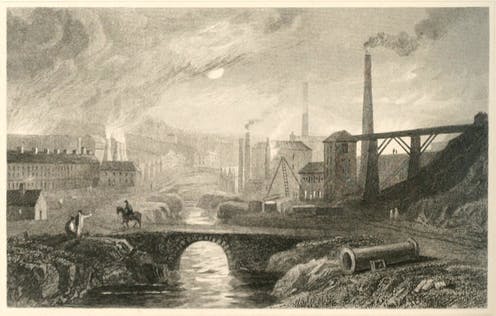 In the first half of the 19th century the industrial revolution in England was underway. Industrialists and engineers had learned how to mine underground coal and were using this one-time gift from nature to literally fuel a new way of living. But working conditions for ordinary people were brutal, and the industrialists, by and large, did not care. Nor did they have any interest in what we now call environmentalism.

No doubt there were many reports written at the time describing the effects of the industrial revolution, but it took story tellers such as Charles Dickens to drive the message home. For example, in the year 1843 Dickens wrote the novel Hard Times for These Times (later shortened to just Hard Times). The story was set in the fictional town of Coketown, based on the real town of Preston in Lancashire. 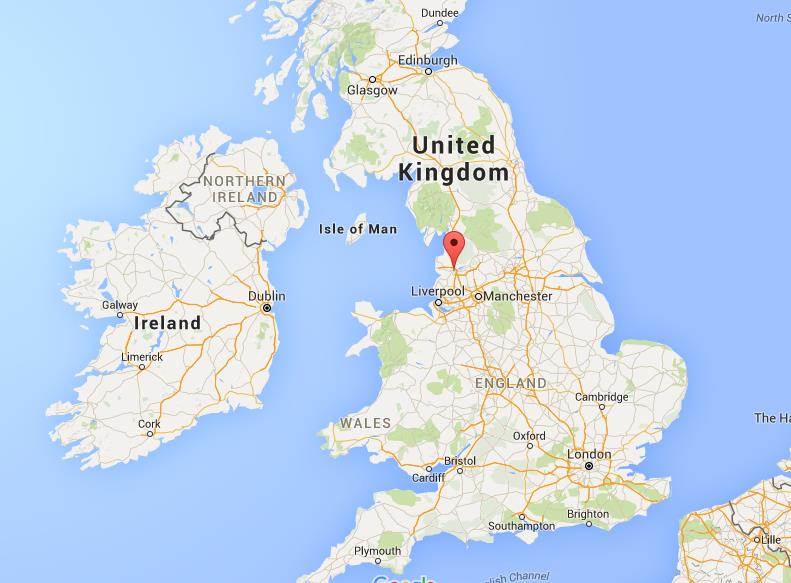 Here is how he described Coketown.

It was a town of red brick, or of brick that would have been red if the smoke and ashes had allowed it; but, as matters stood it was a town of unnatural red and black . . . It was a town of machinery and tall chimneys, out of which interminable serpents of smoke trailed themselves for ever and ever, and never got uncoiled. It had a black canal in it, and a river that ran purple with ill-smelling dye . . .

But, like the people of our time who have little interest in addressing climate change issues, the industrialists and community leaders of his time saw no need for action.

When faced with the cost of implementing safety programs and environmental standards the  industrialists claimed that such programs were too expensive and unrealistic.

Whenever a Coketowner felt he was ill-used-that is to say, whenever he was not left entirely alone, and it was proposed to hold him accountable for the consequences of any of his acts - he was sure to come out with the awful menace, that he would 'sooner pitch his property into the Atlantic.' This had terrified the Home Secretary within an inch of his life, on several occasions.

However, the Coketowners were so patriotic after all, that they never had pitched their property into the Atlantic yet, but, on the contrary, had been kind enough to take mighty good care of it.

The central point here is not that safety and environmental performance in those days was bad, but that these issues were not considered to be a value. In the ensuing years that attitude, that belief to do with the inherent rightness of safety and environmentalism, has changed. If one were to walk into any industrial facility now the managers would never say, “Safety doesn’t matter”. Their safety performance may be unsatisfactory; nevertheless they would maintain that safety was a moral value in and of itself. And they would be right.

It is that attitude change that is needed now in the climate change world.

Fast forward to the year 2021. We have the following situation:

With respect to climate change, the most pressing task is not to issue more reports and analysis — the critical challenge is to persuade people that we face a moral crisis. Only then will is there a chance that they will respond and take action. And their actions will be based on the stories that they hear and tell one another.