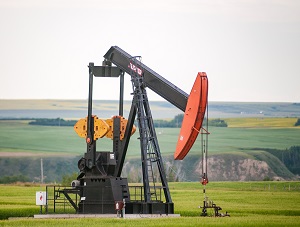 This blog is based on the post A Mixed Message.

When historians write about our times they are likely to focus on the following conundrum.

The people of the early 21st century were warned repeatedly that climate change would lead to catastrophic conditions by the year 2050. Yet these people, by and large, never really understood the severity of their dilemma. They certainly did not take meaningful action. Why not? The warnings were not just ignored — they were not even understood. In spite of the communications technology of which that age was so proud, the reality was that there was a total and utterly tragic failure of communication at the most basic level. Why?

The most urgent question that we face as a society is how to somehow close this communications gap. If we fail to do so, then all other climate change questions, such as which technology to choose or how to adapt to refugee crises, become moot. We live in two worlds. In one world we have a scientific community writing and publishing increasingly dire reports. These reports talk about the deaths of millions (even billions) of people within the next two decades. On the other hand, the vast majority of people not only ignore these warnings, they don’t even know that the warnings exist.

In this post I would like to look at the first side of the coin: the scientific community.

Most scientists, when working in their formal capacity, do not even accept that they have a communications responsibility. It is their job to examine the science behind climate change, to understand its causes, and to make defensible predictions as to what may happen in the coming years. It is not their job to communicate their findings and insights to the general public.

But, even when they do try to communicate with a broad audience, their efforts are often ineffective. They lack the basic marketing and sales skills (something that business enterprises are inherently very good at). To illustrate these points, let’s take a look at an article that was published on March 23rd 2022. The title of the article is Countries Must Phase Out Oil and Gas Production—and Quickly. The article is also described in the Guardian newspaper (Rich countries must stop producing oil and gas by 2034, says study).

It is important to stress that I am not attempting to criticize this article specifically. The authors of the paper — Professor Kevin Anderson and his colleagues — have at least made the effort to communicate their concerns and to propose some solutions to those concerns. I am simply using this article as representative of so many climate communications.

So the paper has two messages. The first is to do with reduced production of oil and gas. The second message is to do with climate equity. In particular, those who oppose helping poorer nations — for whatever reason — will immediately reject the paper’s message. So the paper creates a mixed message and risks the danger of lack of focus.

The paper should have just one message.

We should all reduce oil and gas production — doing so will benefit us all — rich and poor alike.

This thought does not mean that we should not care about the relationship between wealthy and lower income nations. But a climate change paper is not the best place for discussing that topic.