This blog is a summary of the post Limits and Beyond: The Yawning Gap. 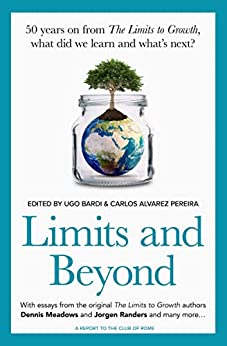 The book Limits and Beyond, edited by Ugo Bardi and Jorgen Randers, provides a 50th anniversary review of the seminal report Limits to Growth (LtG). The following is from the back cover of the book.
50 years ago the Club of Rome commissioned a report: Limits to Growth. They told us that, on our current path, we are heading for collapse in the first half of the 21st century. This book, published in the year 2022, reviews what has happened in the intervening time period. It asks three basic questions:

The book consists of 19 chapters, each written by a different author, two of whom — Dennis Meadows and Jorgen Randers — were part of the team that wrote the report.

In this post, we review the first chapter, written by Ugo Bardi. He says of the chapter,

The present section . . . tells the story of how the idea of civilization growth and collapse fared in history and how it was interpreted by the LtG study.
. . .