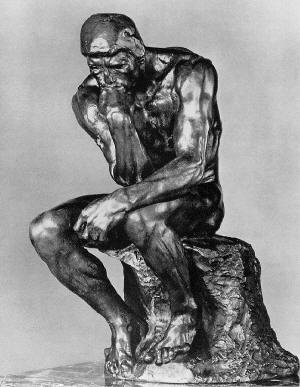 The post is the fourth in a series to do with scenario analysis and the proposed SEC Climate-disclosure rule. The background to the series is explained in the first post: SEC Climate Rule: Scenario Analysis - Part 1.

We started the series of posts with an evaluation of the relevant sections of the proposed rule. We quote the wording of the rule using the page numbers in the SEC’s document (The Enhancement and Standardization of Climate-Related Disclosures for Investors). The first three posts reviewed some of the material on pages 83 to 86 of the proposed rule.

Pages 86-87
If a registrant uses scenario analysis, the proposed amendments would require disclosure of the scenarios considered (e.g., an increase of no greater than 3°, 2°, or 1.5°C above pre-industrial levels), including parameters, assumptions, and analytical choices, and the projected principal financial impacts on the registrant’s business strategy under each scenario. The disclosure should include both quantitative and qualitative information.

As discussed in previous posts, the 1.5°C temperature increase is in the books. We are already very close to it, and it can no longer be avoided. The same may be said with regard to the 2°C threshold. Unless we take drastic action, we will breach that barrier. As discussed in previous posts, a 3°C increase over the pre-industrial baseline would take us into unknown territories.

Given that scenario analysis has a story-telling basis, the suggestion that such an analysis should be quantitative is unrealistic.

Page 87
Because a registrant’s scenario analysis disclosure would necessarily include predictions and other forward-looking statements based on assumptions concerning future events, we believe that the PSLRA forward-looking safe harbors would apply to much of the disclosure concerning scenario analysis provided the other statutory conditions for application of the safe harbor are met.

PSLRA stands for Private Securities Litigation Reform Act. The SEC recognizes that scenario analysis is inherently speculative in nature. Therefore, companies cannot reasonably be expected to act on the results of those analyses. A safe harbor makes sense.

Pages 87-88
If a registrant uses scenario analysis to assess the resilience of its business strategy to climate-related risks, investors may benefit from the use of scientifically based, widely accepted scenarios, such as those developed by the IPCC, International Energy Agency (“IEA”), or Network of Central Banks and Supervisors for Greening the Financial System (“NGFS”).

Investors may also benefit by the use of more than one climate scenario, including one that assumes a disorderly transition (i.e., one that assumes that climate policies are delayed or divergent across countries and industrial sectors, resulting in higher transition risks to companies).

Many analysts consider the IPCC scenarios to be too optimistic because insufficient consideration is given to the potential for feedback loops, resource depletion and tipping points.

The development of “disorderly transition” goals is very ambitious. (The agency recognizes that different parts of the world, and different industries will be affected by climate change by differing amounts.) Given the degree of subjectivity associated with any scenario analysis, trying to incorporate “disorderliness” is a challenge.

The agency recognizes that conducting scenario analyses is time-consuming and expensive. This is why companies are not required to conduct such analyses if they have not yet done so. On page 407 of the proposed rule the SEC says,

Both scenario analysis methodologies and climate science, however, continue to advance and develop, which may pose significant challenges for some registrants. Specifically, the required data may be unavailable or costly to obtain. Furthermore, some registrants may lack the necessary expertise, requiring them to hire external consultants to conduct the analysis. These challenges may pose undue burdens with respect to difficulty and/or costs to some registrants, such as smaller companies and those that otherwise have no prior experience in scenario analysis. For these reasons, the Commission is not proposing to mandate scenario analysis and related disclosure at this time.

The SEC rule is lengthy (490 pages) and can be difficult to follow. It is important never to forget that it is to do with real world issues. For example, the on-going drought in the American southwest threatens the livelihood of millions of people. The SEC rule matters.

We will continue this analysis of the scenario analysis requirements of the SEC rule in future posts. Earlier posts are: