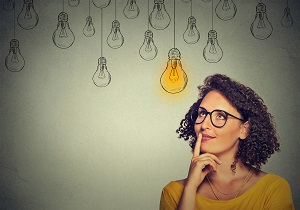 I would like to take a break from talking about this virus this week. (Wouldn’t we all?) Instead, let’s take another long-range look as to where the process industries may be going, and how safety management programs may have to adapt.

There is much talk in the oil industry to do with the current low oil prices and how the loss of revenue will lead to a cutback in investment, something that is already happening. Those oil producers that need high margins, such as the tar sands in Alberta or shale oil in the U.S., are already shutting down much of their capacity. The pandemic (which I promised not to talk about) has led to a further reduction in consumption with a consequent fall in prices.

But, as we discuss in The New PSM Normal (3) — Peak Oil, the fundamental problem that the oil industry faces is to do with the cost side of finding and producing oil. The concept of low ERoEI (Energy Returned on Energy Invested) was introduced in that post. An ever- increasing fraction of the oil that is produced has to be expended on finding and developing new sources of oil. When ERoEI falls below about 5:1 it is questionable if the effort is worthwhile any longer.

A frequent response to these difficulties is that we need to switch to alternative energy sources. The following quotation is from Joe Biden’s current political campaign is an example of this way of thinking. (I am not being partisan here; many people in many walks of life are making similar statements.)

The logic is as follows:

All this sounds quite reasonable until we run the numbers.

Here is a back-of-the-spreadsheet calculation, just for the United States. (All numbers are very, very approximate, but they give us a feel as to what can be achieved.)

To summarize, we need to convert about 112,000 MW of capacity every year for the next 30 years just to provide the energy that we use now.

Broadly speaking there are two types of alternative energy: nuclear power and “renewables”, i.e., wind and solar. Let’s say we decide to switch to nuclear power. A representative single reactor plant has a capacity of about 1.7 MW. Therefore we would need to build 67 nuclear power plants a year for each of the next 30 years, starting now. At the end of that 30 years the total number of new plants would be about 2,000. Yet, the actual number of nuclear plants in the U.S. is around 108, and that number is going down — more are being decommissioned than being built.

We can carry out a similar reality check for solar and wind. Currently they provide something like 3% of the nation’s overall energy. Therefore, were we to build out a new energy system built on them we would be effectively starting from scratch. One of the many factors to consider is that now they have the advantage of being the first supplier. When the sun is shining or the wind is blowing, they add energy to the national grid. When it is dark or not windy, conventional power plants pick up the slack. But, if  all of our energy comes renewable sources then we would need enormous backup capability (presumably batteries), or else we would have to keep the conventional plants to be used when needed.

The point of calculations such as these is not to throw cold water on alternative energy projects. They are needed, and they deserve out full support. But they are not going to come close to meeting all of our energy needs in the specified time frame.

What does all this mean for the process industries? It seems likely that the energy needed to run those industries will become increasingly expensive and/or unreliable. But, there is another factor to consider. Something like 10% of a barrel of oil is not burned as fuel; instead it provides the feedstock that is converted into petrochemicals. These in turn are used in the manufacture of the thousands of products that our civilization needs. Therefore, priority should be given to making sure that these feedstocks are available, even if the overall supply of oil is declining.

This type of discussion also highlights the contribution that technical people can make to discussions to do with climate change and other divisive issues. By analyzing ideas and proposals using the basics of math, physics and thermodynamics we can help sort out which of those ideas make the most sense.